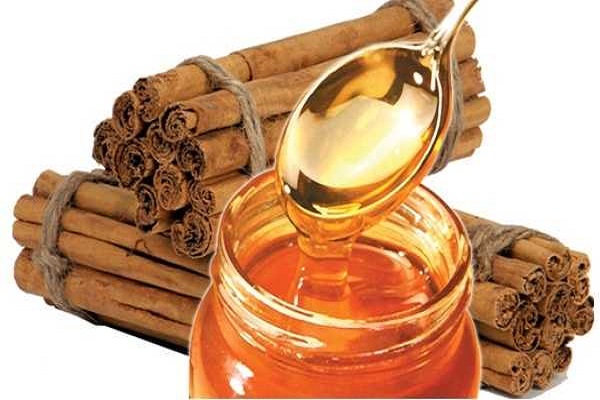 Cinnamon is one of the oldest spices the world has ever known. At one time it was considered even precious than gold although that is hardly the case now. This fragrant spice has been used by people in the Indian subcontinent for centuries to enhance the taste of their food. While the ancient Egyptians used cinnamon for the embalmment of dead bodies, many cultures across the world have used cinnamon for its healing and beneficial properties.

Apart from its culinary use, cinnamon has a whole range of health and beauty benefits.

Benefits of Cinnamon for Health

Cinnamon is a powerful anti-bacterial agent, thus it acts as a natural disinfectant. Cinnamon oil acts well against microbial activity. To keep your house bacteria free, all you have to do is dilute a bit of cinnamon oil in water and wipe over surfaces which you think are more bacteria-infested. However, one needs to know that cinnamon oil is a mild disinfectant thus you might have to use larger quantities of cinnamon oil to see effective results.

Cinnamon has great anti-fungal properties. The oil of cinnamon is found to be very effective against candida giving them no scope of multiplying. Cinnamon oil is especially effective against candida albicans, candida tropicalis, and candida krusei. Studies have shown that many times even those yeast variants that had become resistant to anti-fungal medications were destroyed by cinnamon extracts which goes on to show the immense potency of cinnamon against microbial activities.

This is an obvious considering cinnamon is such a fragrant spice. Cinnamon oil is not just a fragrant oil but it also kills the odor because of its microbial properties. Make a solution of cinnamon oil and water and spray it over the places you feel are emitting a bad odor and within minutes you will find that all the foul smelling odors have been neutralized.

Cinnamon is known for its anti-inflammatory properties. It thus provides considerable relief from the pain and stiffness of joints. People suffering from arthritis are therefore recommended to take half a teaspoon of cinnamon powder daily to help ease the pain.

It is seen that taking cinnamon can reduce the bad cholesterol in the body while at the same time increasing the level of good cholesterol.

Cinnamon because of its anti-bacterial nature is used extensively in peppermints, chewing gums, mouthwashes etc. Its anti-bacterial properties helps get rid of the harmful bacteria in the mouth and since it is purely natural there is no damage done to your teeth or gums.

7. It acts as a food preservative

Cinnamon along with turmeric was widely used as food preservative in the olden days when there was no refrigerator. It is because cinnamon stops the proliferation of bacteria’s thus it acts as a good preservative. The Egyptians were well aware of the anti-microbial properties of cinnamon hence it was an important component of their mummification process.

Platelets are blood cells which prevent excess bleeding. Sometimes the platelets coagulate together and prevent the normal movement of blood.  Cinnamaldehyde, the compound present in cinnamon that is responsible for its flavor prevents this from happening.

Having carb rich food sprinkled with a bit of cinnamon helps manage your blood sugar levels as cinnamon reduces the rate at which the stomach empties itself thus preventing sharp spikes in blood sugar levels. People with type 2 diabetes stand to benefit from taking cinnamon as it enables them to overcome insulin resistance.

Benefits of Cinnamon for Skin

Cinnamon powder offers a natural way of treating acne problems. Make a paste of 1 tablespoon of cinnamon powder with 3 tablespoon of honey and apply it on your acne. Cinnamon because of its anti-bacterial nature will stop the further growth of acne causing bacteria while honey will inject the necessary amount of moisture to your face.

Cinnamon has great antiseptic properties. If you have been injured you can apply a pinch of cinnamon to the wound. This will not only inhibit bacterial growth but also heal the wound quickly.

Not many are aware of the fact that cinnamon acts as a great plumper to the skin. Cinnamon by stimulating the blood vessels helps to bring a rosy glow to the skin. Take about 3 drops of cinnamon oil and add it to Vaseline. Now apply this mixture to the lines on the skin. After a while you would see your skin plumping out and the fine lines would not be that visible any more. If you wish for the bee-stung look of Angelina Jolie you can apply the same mixture to your lip.

People with dry skin can make a facial scrub of cinnamon to make the skin soft and restore the glow. For the scrub you would need 2-3 drops of cinnamon oil, a teaspoon of cinnamon powder, ½ cup sea salt and 1/8 cup of olive oil. Mix all the ingredients to form a smooth paste and apply it on your face. Wait for about 30 minutes and then wash it off.

Benefits of Cinnamon for Hair

A combination of honey and cinnamon helps to stimulate the scalp resulting in increased hair growth. Make a hair mask comprising of a teaspoon each of cinnamon and honey. To this add a tablespoon of olive oil and apply to the hair. Keep this on for about 20 minutes and then wash it off. For effective results apply this hair mask once a week.

If you want to lighten your hair naturally then you can use cinnamon as a hair lightening agent. Take cinnamon powder and conditioner in same proportions and apply to your hair. Cover your hair with a shower cap and leave it overnight. Wash it off in the morning.